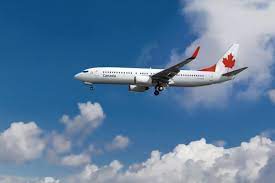 A readout posted by Prime Minister Justin Trudeau’s office suggests the Canada border could begin opening mid-August for U.S. nationals and September for all other countries.

Prime Minister Justin Trudeau’s office is saying the Canada-U.S. border could start opening to fully vaccinated tourists in mid-August, and by early September for all other countries.On July 15, the prime minister spoke with provincial leaders and the minister of intergovernmental affairs on a number of topics. Among them were Canada’s vaccination rates and the border.

According to a readout by Trudeau’s office, if Canada’s current vaccination rate and public health conditions continue, the government would be in a position to welcome fully vaccinated tourists from all countries by early September.

Fully vaccinated U.S. citizens and permanent residents could be able to come as early as mid-August. Canada has been in ongoing discussions with the U.S. on reopening the shared land border, which has been closed since March 2020.

About 80 per cent of Canadians have received their first dose of the COVID vaccine, and more than 50 per cent are fully vaccinated. The Trudeau government had previously stated that 75 per cent of Canadians would have to be fully vaccinated before measures could be scaled back further. Canada’s phased border reopening began on July 5 when fully vaccinated Canadians and other exempt travellers were allowed to forego the full 14-day mandatory quarantine. Exempt travellers include Canadian citizens, permanent residents, family members, new immigrants, workers, and international students.

However, non-essential travellers are still barred from entry. Business leaders in hard-hit sectors, such as tourism, have been pressuring the government for a plan to safely reopen the border.

More details on border reopening measures are expected to be released “early next week,” the readout says. Canada’s current border restrictions are in effect until Wednesday, July 21. The government will have to make a decision on any new measures by then.

This site uses Akismet to reduce spam. Learn how your comment data is processed.