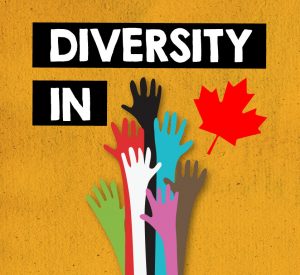 There is no central Canadian authority that decides what is a nationally-recognized commemorative day, week, or month. Essentially any group from inside or outside Canada can call for recognition during a certain timeframe, and they might actually receive it — provided it aligns with Canadian values.

Diversity and inclusion are some of the key Canadian values, which is why there are so many commemorative holidays for different groups of people throughout the year. These events are — for the most part — not official days off, but they are intended to drum up conversations that will help us better understand each other.

Here are some of the ways Canadians celebrate diversity in June.

National Indigenous History Month recognizes the history, heritage and diversity of First Nations, Inuit and Métis peoples in Canada. It provides an opportunity for classrooms, workplaces, and social media users from all walks of life to celebrate Indigenous peoples.

In 2021, Canada is especially remembering the children who were taken from their families to residential schools, after the remains of 215 children were found in unmarked graves in Kamloops, B.C. These schools were intended to destroy Indigenous cultures, and assimilate children to Euro-centric Canadian culture.

Canada is home to more than 1.5 million Canadians of Italian descent, making it one of the largest Italian diasporas in the world. Italian Heritage Month is a time to celebrate the achievements of Italian Canadians in building a vibrant and more inclusive Canada.

Italian immigrants have come to Canada since the 1830s. There was an influx of Italian newcomers between the 1870s and World War I. They primarily settled in Toronto, Montreal, and to a lesser extent Vancouver.

Portuguese Heritage Month is a time to recognize the contribution of Canadians of Portuguese descent to Canada.

Canada now has one of the largest Portuguese diasporas in the world, home to more than 480,000 strong. Portuguese explorers were among the first Europeans to lay eyes on the land we now know as Canada.

Over the years, Portuguese have immigrated to Canada for economic opportunity, to get better jobs, and to escape political oppression. Portuguese immigration started in the 1940s, but boomed after 1953. Many were recruited to work in rural areas of Canada, but they soon established themselves in larger cities.

Today, most Portuguese Canadians live in Ontario, Quebec, and British Columbia. Many are living in urban centres, but they also make up pockets of rural communities as well.

Filipino Heritage Month is an opportunity to highlight the contributions that Filipino Canadians have made to the social, economic, and cultural fabric of Canada. It is an opportunity for all Canadians to learn about the culture, and traditions of the Filipino community in Canada.

Records of Filipino immigration date back to the 1890s, with Benson Florence who settled on what is now called Bowen Island.

Today, there are about 837,000 Filipinos in Canada. Nearly half live in Ontario, mostly Toronto. There are also large Filipino populations in Vancouver, Winnipeg, and Calgary.

Across the nation, Canadian cities hold Pride events that celebrate sexual and gender diversity. It is a time to acknowledge the hardships that LGBTQ2+ people have endured, and the progress that has been made.

Canadians have been allowed to sponsor their same-sex spouse since 2002. Before then, same sex spouses had to be eligible as common-law partners, or be admitted under humanitarian and compassionate grounds. Since 2017, Canada has recognized gender identifier “X” on official documents. Temporary residents have the option to change their gender identifier on these documents as of March, 2021.

Progress is still being made to be more inclusive of LGBTQ2+ people in Canada’s immigration system. As of July 2020, same-sex couples can now pass down Canadian citizenship to their foreign-born children.

On June 21, it is National Indigenous Peoples Day. Much like Indigenous History Month, it is a time to recognize and celebrate the distinct languages, subcultures, and spiritual beliefs of First Nations, Inuit, and Métis people.

June 21 was chosen because it is the summer solstice. For generations, many Indigenous peoples and communities have celebrated their culture and heritage around this time because of its significance as the longest day of the year.

On June 24, Canadians celebrate Francophone culture across the country. It has been a statutory holiday in the province of Quebec since 1925.

The celebration in Canada dates back to the days of New France, which is what French colonizers originally named the North American continent. Originally a religious holiday, it became more of a patriotic celebration in 1834.

Today, French Canadians in communities all over Canada celebrate their language and heritage.

June 27 is Canadian Multiculturalism Day. It highlights the significance of multiculturalism in Canada, in an effort to ensure all citizens keep their identities, take pride in their ancestry, and have a sense of belonging in Canada.