How can we help you?

Should you have any questions, concerns, or feedback, please feel free to contact us and we will be more than happy to help where we can. 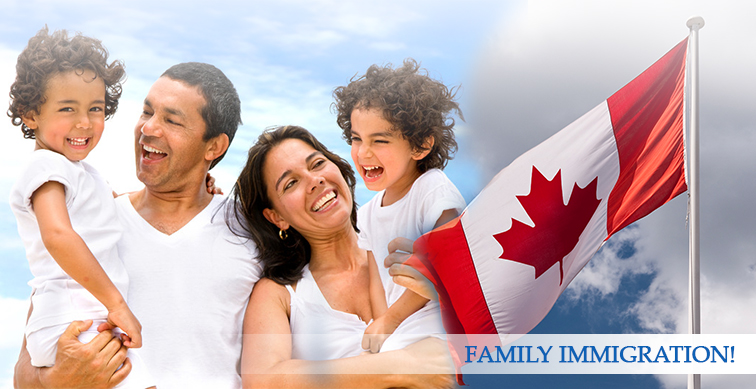 According to the Canadian Immigration rules, staying together with the family is a priority. Therefore, if you want your spouse or, any other family member to live with you in Canada, you can contact Sherway Immigration for appropriate guidance in making a choice of the best immigration program for family.

If your family immigration has been refused, then we can assist you in that case too. We make sure to successfully represent in front of the Immigration Appeals Division, Immigration Refugee Board or the CBSA. We can sufficiently guide you for Spousal Appeal , Residency Application or an Inadmissibility Appeal.

Here is a list of the family immigration programs in Canada that you can opt.

Immigration Laws of Canada make it a precedence that families can live together in the Country. Therefore the citizens of Canada or Permanent Residents of the Country are allowed to sponsor their spouse or partner to come to Canada if they are eligible and meet the requirements of the rules and regulations of the government. The Canadian administration defines the Spouse/Partnership relationships under three main categories, including:

Spouse: this is a person you are legally married to either in Canada or some other Country and are compliant with the marriage rules and regulations of that Country. The Canadian Law extends this sponsorship to the same-sex spouse.

Common Law Partner: this is a person of either the opposite or same sex as you and you are in a conjugal relationship with him/her for at least a year, and all this can be lawfully shown.

Conjugal Partner: This again is your partner of the same or opposite sex who is living outside Canada, in a conjugal relationship with you. Your conjugal partner cannot live with you as a couple because of several reasons beyond their control. These reasons include immigration barrier, religious reasons or sexual orientation.

Each of the above-mentioned categories has the same process of sponsorship.

Generally, if you want to sponsor a person as your family member, then he/she should have either of the following relations with you:
A Dependent Child; A Parent; A Grandparent; and/or A Spouse

However, as per the rule of the Canadian government, you are also allowed to sponsor a relative other than those listed above if he/she is unmarried and have no surviving relative, other than you.

Please Note: since the program reaches its limit very soon, so if you want to opt for this, you must always plan ahead. Moreover, as an alternative, the Canadian government has extended a Super Visa, so that your parents or grandparents can travel to Canada freely and stay with you.

As the Parent / Grandparent sponsorship program reaches its maximum capacity very soon, the Canadian government introduced “The Supervisa” in order to make sure that your parents or grandparents could come and visit you for a long time. The visa is valid for 10-years and will allow your parents/grandparents to stay upwards of 2 years at a time.

Although the Canadian federal government is responsible for immigrants in the Country, it allows most of its provinces and territories (except for Quebec) to nominate immigrants through the Provincial Nominee Program (PNP). All of such immigrants should have the skills, education and work experience that can contribute to the economy of that particular province or territory, and is also ready to live there.

Every province or territory of Canada has a certain ‘stream’ (immigration program for a certain group) and criteria for their PNP. Some of the provinces offer family support streams where you are allowed to sponsor certain family members who need your support. Although this procedure can open up different options, but it requires some added steps and approvals at the provincial level.

If you are confused so as to which program you must choose, we at Sherway Immigrations invite you to do a FREE assessment and tell you which programs will be best suited for a situation like yours.